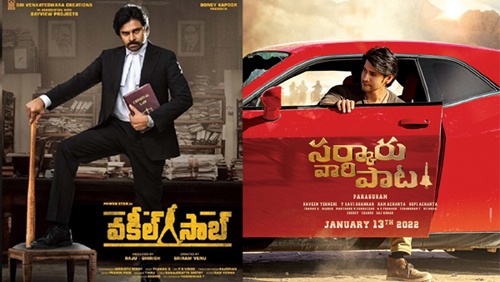 Twitter India, on Thursday, announced the most retweeted, liked and most used hashtags of various categories in the year 2021.

In the entertainment section, only two films made it to the charts. Pawan Kalyan’s blockbuster movie, Vakeel Saab, is the most tweeted Telugu movie and stands 5th in the entire country for the year 2021. This movie achieved the same feat in 2020.

Besides, Mahesh Babu posted a tweet of the first look of his upcoming film, Sarkaru Vaari Paata, and it turned out as the most quoted tweet for the year 2021 in the entertainment section.

👏 most Quote Tweeted in entertainment, 2021 👇https://t.co/mYQcl7GNEh