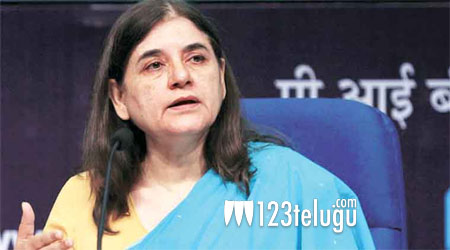 Film fraternity across the world is shaken by the infamous Hollywood producer Harvey Weinstein’s harassment scandal. Adding to this, a few star actresses from film industries across India made shocking revelations of abuse by the industry colleagues and filmmakers.

In a move to prevent workplace harassment in the Indian film industry, Union Minister for Woman and Child Development, Maneka Gandhi, has written letters to several leading producers in Bollywood and other regional film industries.

The minister told the production companies that they are “ethically and legally” responsible for providing a “safe, secure and inclusive work environment” for all staff under the Indian law and urged them to comply with 2013 sexual harassment act. “The aim of this law is to ensure that no woman is harassed at her workplace,” Maneka Gandhi wrote.