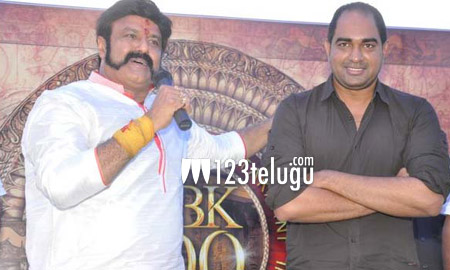 Nandamuri Balakrishna’s 100th movie is going to be launched this Friday in a grand manner at Annapurna Studios in Hyderabad. The event is going to be attended by many celebrities and a special muhurtam has also been fixed for the same.

The team has come up with an interesting concept for this film’s inauguration. They are reportedly planning to invite all the available directors of Balakrishna’s 99 films and honour them on the occasion. This is a good gesture and it will be a trip down memory lane to see so many veteran legends at one place.

Balakrishna’s 100th movie is being directed by Krish Jagarlamudi and it is based on the life of the greatest Satavahana King, ‘Gautamiputra Satakarni’. First Frame Entertainments banner is producing this movie and Devi Sri Prasad is composing the music.