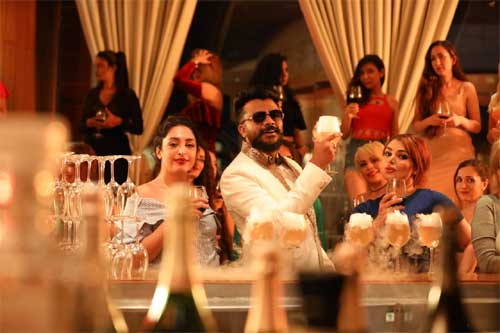 Popular Sandalwood music composer Chandan Shetty has joined forces with United Audio to come up with a music video, titled ‘Party Freak.’ The song is dedicated to all the revelers who will be celebrating the New Year in a grand way. In the video, Chandan Shetty himself grooved along with models.