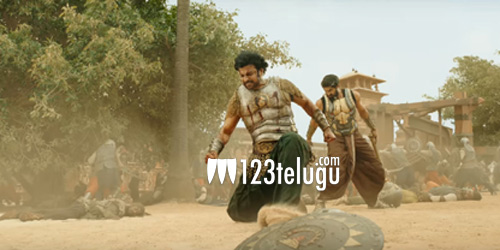 Records are being shattered left right and center as the magnum opus, Baahubali is creating havoc at the box office. Within just three days of time, the film has amassed a gross collection of 500 crores worldwide becoming India’s biggest hit to date.

The above-said collections are added from all the four languages in which the film released on the 28th of April. The Hindi version itself fetched the highest of 128 crores net and a share of 74 crores came from the two Telugu states.

The film has done exceptionally well in the overseas by collecting over 10 million to date. In this process, Baahubali has pushed away records of films like both Dangal and Sultan.

In places like Australia, New Zealand, and the UK, the film has done exceptionally well breaking all the records held by some Hindi biggies. With this speed, the trade pundits are expecting that film will collect some unheard numbers at the box office.

Directed by Rajamouli, Baahubali released in over 8000 screens worldwide. Arka media produced this film which has Prabhas as the main lead.