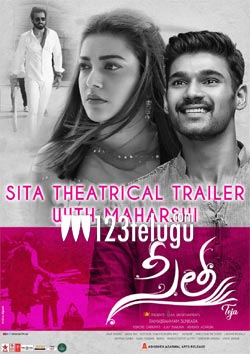 Maharshi is a big film and all eyes are on that project. To cash on its craze, the makers of Sita have decided to release the theatrical trailer along with the film.

The news is that the trailer of Sita will be showcased in all the screens which will air Maharshi from tomorrow. Sita is directed by Teja and has Kajal and Bellamkonda Sreenivas.

The film is up for a May 24th release and it will be exciting to see what is in store in Teja’s latest venture.