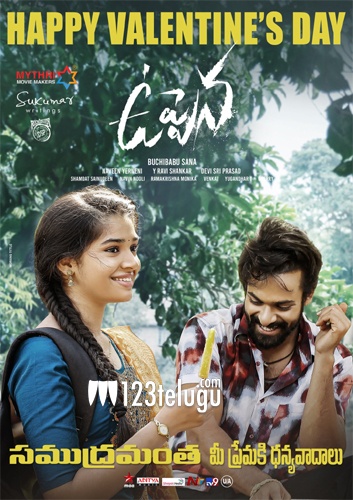 Released on Friday (Fab 12) amid a hugely positive buzz, young Mega hero Vaishnav Tej and Mangalore beauty Krithi Shetty’s intense romantic drama, Uppena, has surpassed all the expectations and clocked record collections on its first two days at the box office. And on Sunday, it’s day 3, Uppena has left everyone surprised by collecting close to Rs 8 crore share in the twin Telugu States.

According to the latest updates from trade analysts, only the Baahubali franchise and six other Tollywood biggies have managed to collect Rs 8 crore plus share in Andhra, Nizam and Ceded regions on day 3. Uppena will be joining this elite club by Sunday night. This is an unbelievable performance by a film made by and starring debutants.