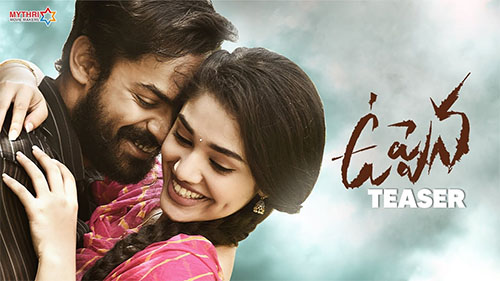 Vaishnav Tej is the new entry into the film world and he is starting his career with the film Uppena. It was supposed to release long back but has finally set for release in the month of February.

The teaser is out now and is quite impressive. The visuals showcase the love story between a poor boy and a rich girl. But the manner in which it is set up looks quite good.

The writing is strong and the manner in which DSP’s BGM sets up the romantic visuals is quite good. Vaishnav Tej’s dialogue delivery is also good though his voice sounds like his brother.

The small-town setting and the manner in which heroine Kriti Shetty is showcased looks lovely. Buchi Babu Sana directs the film which is being produced by Sukumar.