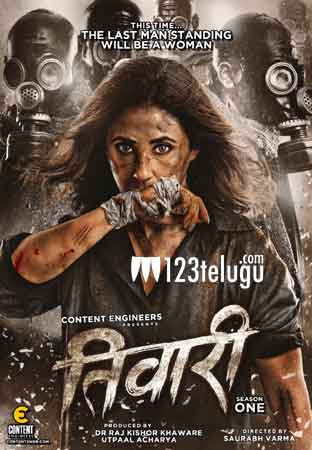 Bollywood actress Urmila Matondkar, well known for movies like Rangeela, Satya, and Indian, is entertaining audiences on small screens as a judge in DID Super Moms show.

The beautiful actress is now all set to make her digital debut with the web series named Tiwari. The first look poster of the series has been unveiled today and Urmila’s body is covered with wounds and blood. She is playing a titular role in this series that happened in a small town.

Directed by Saurabh Varma, Tiwari is produced by Raj Kishor Khaware and Utpaal Acharya. The web series is currently in its pre-production phase. The release date and other info will be revealed in the near future.