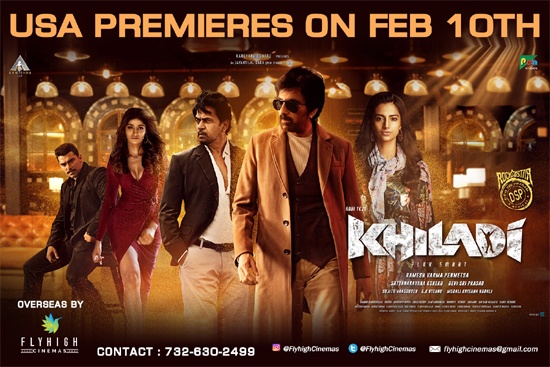 Ravi Teja is doing back-to-back films in his career and one of them is Khiladi being directed by Ramesh Varma.

The film is up for a release on the 11th of February. But as the Covid cases are on the rise, there was a talk that the film would be postponed for sure.

Now, the US distributors, Fly High Cinemas have confirmed by making an announcement that they have bought the rights and the film will premiere on the 10th of Feb in the US.

This clearly gives an idea that Ravi Teja is in no mood to slow down with his film releases.