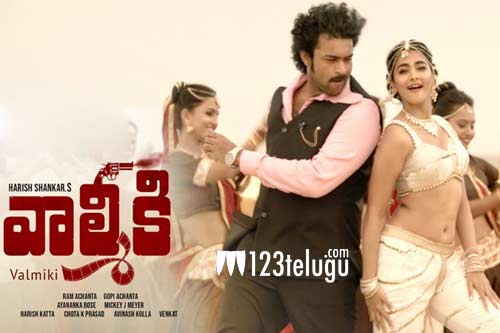 Valmiki is a film which will be out in a few hours from now. The masala entertainer has a decent craze in the trade and the latest we hear is that the Karnataka region’s rights have been sold for 1.4 crores.

The film is directed by Harish Shankar and has Pooja Hegde as the female lead. Valmiki is the remake of Tamil hit Jigarthanda and will showcase Varun Tej in a negative role.

14 Reels banner is producing this film which also has Atharva Murali making his Telugu debut.