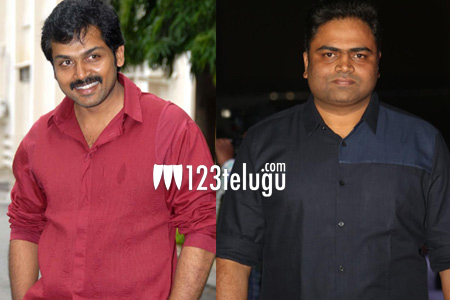 It is a known fact that Oopiri is a bilingual which was shot both in Tamil and Telugu simultaneously. The buzz for the Tamil version is also pretty good and director Vamsi Paidipalli thanks the film’s main lead Karthi, for helping him out.

Going into details, as Vamsi didn’t knew the language much, he had to take a lot of help from Karthi. Speaking about the same, Vamsi reveals that it was because of Karthi’s constant support throughout the film, he managed to direct the Tamil version well.

Oopiri is in its post production stages and has been creating a good buzz with its trailers and audio. The chemistry between Karthi and Tamannah is also said to be yet another highlight of the film which is up for an March 25th release.