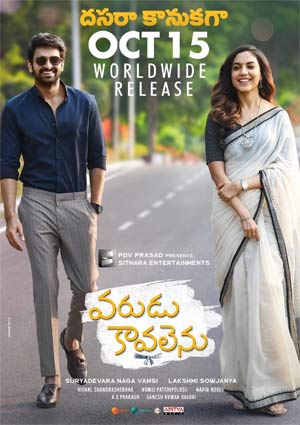 The promotions of Varudu Kavalenu have created a good buzz all over. The manner in which the songs have caught on has given this film a good buzz.

The news now is that the makers have decided to release the film on the 15th of October. The makers have revealed it with a swanky new poster.

Naga Shourya and Ritu Varma play lead roles in this film which is being directed by Lakshmi Sowjanya. Produced by Surya Devara Naga Vamsi, Varudu Kavalenu is a romantic drama.