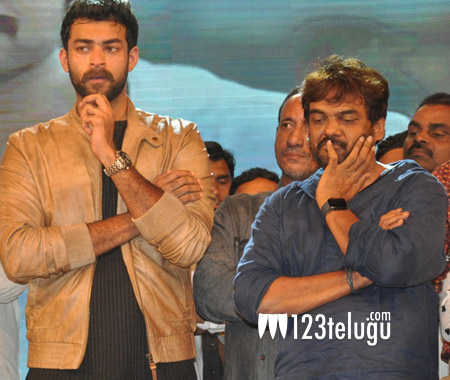 Varun Tej and Puri have teamed up for Loafer and the audio was released in a grand manner yesterday. Speaking about each other, Varun and Puri have revealed some interesting tidbits.

Speaking about Varun, Puri has said that he wondered if Varun would ever become an actor since he used to be out of shape back in those days. Apparently Varun Tej also wanted to work as an assistant director for Ram Charan’s debut film, Chirutha, which was directed by Puri. However, things did not materialize. Puri said, “Varun asked me for assistant director chance, but he gave me the opportunity of becoming his film’s director.” He also said that Varun Tej okayed the film after a brief narration over the phone.

Varun Tej will be seen in a complete new look. Produced by C. Kalyan, the music of the film is composed by Sunil Kashyap. Disha Patani is being introduced as the female lead in this family entertainer.