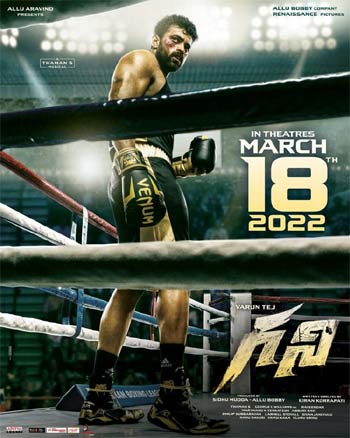 Varun Tej’s boxing drama Ghani has been postponed a couple of times already. The makers have now announced the new release date.

“#Ghani is ready to pack the knock-out punch Worldwide grand release in theaters on MARCH 18th 2022,” the statement from the makers of Ghani read.

Ghani is a sports drama set in boxing backdrop. The film is directed by Kiran Korrapati and it has Upendra, Sunil Shetty, and others in important roles.