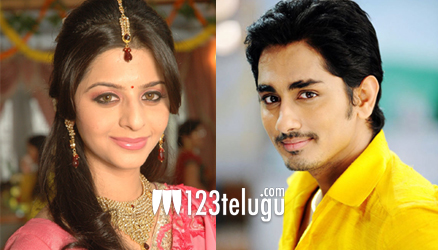 Vedhika, who had acted in films like Baanam and Daggaraga Dooramga, has reportedly bagged the lead role in Siddharth’s upcoming bilingual film. Vasanthabalan is going to direct the period film which is set in 1920s. The film is titled as Kaaviya Thalaivan in Tamil and it’s Telugu title is yet to be confirmed. Vedhika had earlier acted in Bala’s Paradesi and she got rave reviews for her performance. This is her first film with Siddharth and Vasanthabalan. The film is reportedly inspired from the lives of singers and stage actors SG Kittappa and KB Sundarambal. Anaika is the other actress in this film. A R Rahman will be scoring the music and Nirav Shah is the cinematographer. The film’s shooting is likely to begin July this year. More details about the film will be revealed soon.