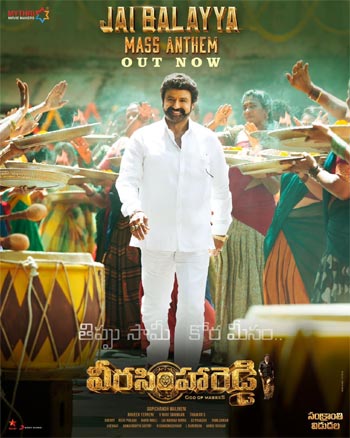 As announced earlier, the makers have released the first single from the movie. Titled Jai Balayya, the song has a catchy tune composed by Thaman S. Set in the background of a temple, the song has good visuals. Balayya’s energetic steps and royal look are the assets of the song. The finest lyrics are penned by Ramajogayya Sastry and sung by Karrimullah. Jai Balayya will rule the playlists in a short time.

The flick has Duniya Vijay and Varalaxmi Sarathkumar in prolonged roles. Produced by Mythri Movie Makers, the film is up for a grand release for Sankranthi 2023.