Venkatesh in talks for the much talked about mythological film?
Published on Aug 25, 2017 12:08 pm IST 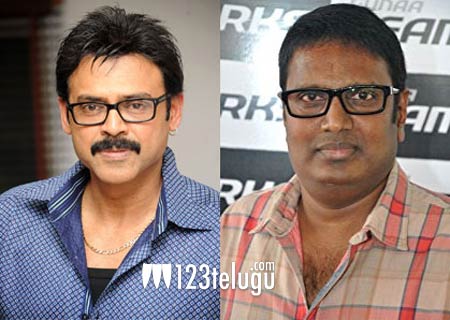 Director Gunasekhar’s ambitious mythological film on Bhakta Prahlada has been in news since several months. Tentatively titled Hiranyakasipa, this film is in pre-production stage at the moment.

And here’s an interesting buzz. The latest reports reveal that Gunasekhar had recently narrated Hiranyakasipa’s script to senior star Venkatesh. The reports further say that Venky too is interested in the project as he has not acted in a full-fledged mythological film in his career. We will have to wait until an official announcement is made.