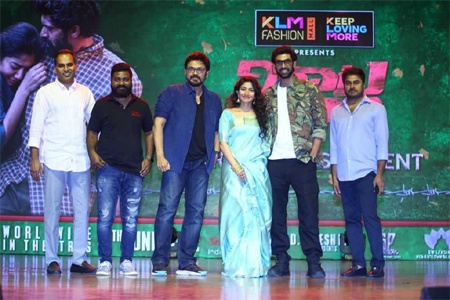 Virata Parvam, featuring Rana Daggubati and Sai Pallavi in the lead characters, is all set for a grand release tomorrow in theaters worldwide. Directed by Venu Udugula, the movie has Suresh Bobbili’s music.

The pre-release event of the movie happened last night in a grand manner in Shilpakala Vedhika, Hyderabad. During the event, chief guest Victory Venkatesh said, “I am feeling very happy as this kind of movie is coming from the Telugu Film Industry. From the cast to the technical team, the movie has everything perfect.”

He further added that Virata Parvam will become Sai Pallavi’s career’s best film and also noted that she will win National Award for sure.