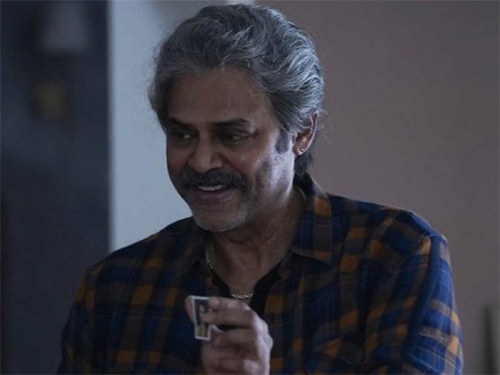 Venkatesh is doing multiple films and one of them is a show called Rana Naidu for Netflix. The shooting is also in full swing.

As Venky is celebrating his birthday today, Netflix released the first look of Venkatesh from Rana Naidu which has gone viral.

Venkatesh sports grey hair in this picture and looks different. He plays a mature man in this show which also has Rana in a key role.

Rana Naidu is directed by Karan Anshuman and Suparn Verma and it is the Indian adaptation of the popular American TV series ‘Ray Donovan.’