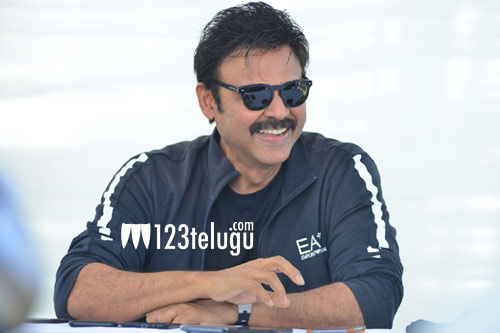 It is a known fact that young hero, Vishwak Sen is reprising Ashok Selvan’s role from the Kollywood smash hit Oh My Kadavule in its official Telugu remake.

The makers have named the film Ori Devuda. Bollywood starlet Mithila Palkar is making her Tollywood debut with this film.

The news now is that superstar Venkatesh has started shooting for his part in Hyderabad today. He will be seen as a God in this film.