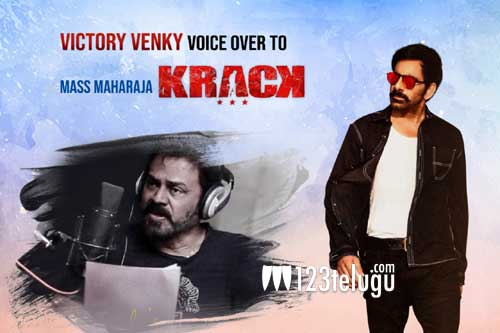 It is already reported that the theatrical release of mass hero Ravi Teja and Shruti Haasan’s upcoming action entertainer, Krack will be unveiled tomorrow as a New Year special. A couple of days back, Ravi Teja has even kick-started dubbing work for the film.

Now, the latest news is that senior hero Venkatesh will be lending his voice for a few key portions in the film. Touted as an intense cop drama, Krack is based on true events that happened sometime back in Andhra Pradesh.

Being directed by Gopichand Malineni, Krack is scheduled for a Sankranthi release. Tagore Madhu is the producer and Thaman is the music composer for Krack.