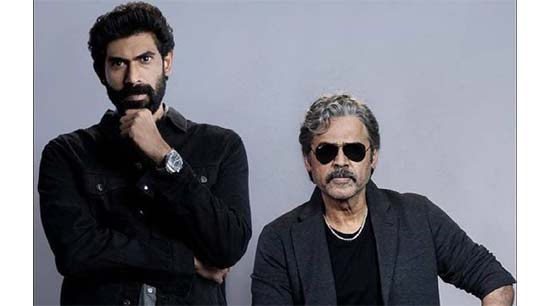 It is known that the Daggubati heroes Victory Venkatesh and Rana have joined hands for a web series titled Rana Naidu. The teaser was dropped recently,
and the series will be available for streaming soon on Netflix. Both heroes had an interaction as part of the show’s promotions.

Rana asked his uncle if he was a better on-screen son or an off-screen nephew. Venkatesh initially made fun of Rana and called him bad on and off-screen. Then he came up with a heartwarming answer.

Venkatesh said that on-screen, Rana is wholly involved in the character who refuses to forget his father, played by Venky himself. The Malleshwari actor said he loves Rana off-screen so much and added that nobody could hate his nephew. These kind words of Venky about Rana are blissful to hear.