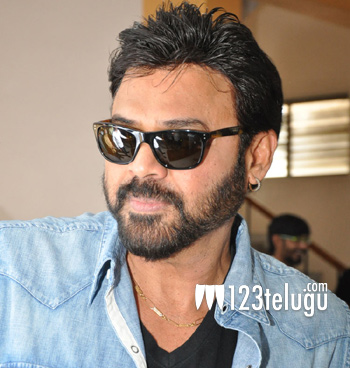 One of TFI’s star heroes, Victory Venkatesh, is celebrating his 55th birthday today. After nearly a year’s break since the release of Gopala Gopala, the actor will soon commence shooting for his next film under Maruthi’s direction. Meanwhile, Venkatesh has also been in talks with several other directors.

Latest buzz is that Venky will team up with Malayali star director Jeethu Joseph for his next venture. Jeethu Joseph directed the 2013 Malayali industry hit Drishyam, which was later remade successfully into Telugu as Drushyam by Venkatesh himself.

More details regarding this interesting combination will be revealed soon.