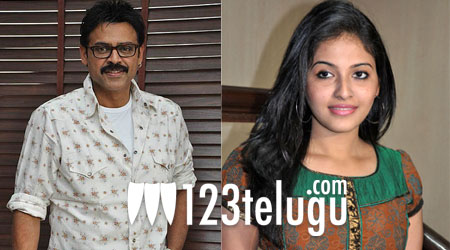 Victory Venkatesh and Anjali entertained viewers in the film ‘Seethamma Vakitlo Sirimalle Chettu’. They will be seen together again for the film ‘Masala’. As per the latest news being heard, a song will be shot on the pair in Japan from September 3rd. Japan is a beautiful country and this should make for some very pleasing visuals.

Energetic young hero Ram will be seen as the other hero in this multi-starrer and he will have Shazahn Padamsee for company. The audio album of the movie will be out soon and Thaman has composed the music.