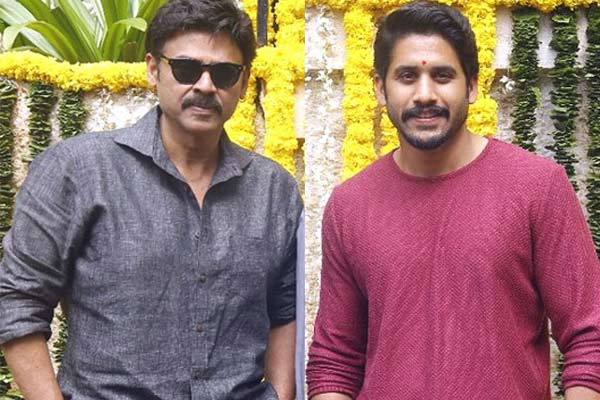 Now, the latest reports reveal that Venky Mama’s first schedule will kick-start in Rajahmundry. Apparently, a part of the film’s story is set in the Konaseema backdrop, and that’s why the film’s unit has chosen Rajahmundry and surrounding areas for the shoot.

Rakul Preet Singh will be romancing Chay in the film and Shriya has been paired opposite Venkatesh. There is also a buzz that Rana may appear in a brief cameo in the film. Suresh Productions, Kona Film Corp and People Media Factory banners will be jointly bankrolling Venky Mama.