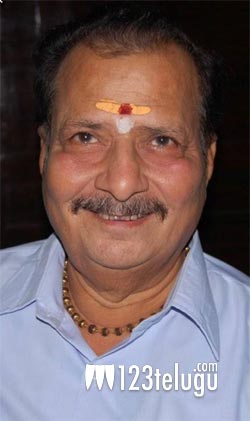 Telugu film industry has lost one of its acclaimed actors. Veteran character artiste Rallapalli passed away at 6 PM this evening after prolonged illness Rallapalli was 73. He breathed his last while undergoing treatment at the Max Cure Hospital in Madhapur, Hyderabad.

Rallapalli Venkata Narasimha Rao hailed from Kambadur, Ananthapur. He made his silver screen debut with the 1974 film, Stree, and went on to act in over 850 movies in Telugu, Tamil and Hindi languages. He was last seen in the 2017 film, Duvvada Jagannatham (DJ). Khaidi, Abhilasha, Bombay and Aha Naa Pellanta are some of his notable movies. Rallapalli was a 3-time Nandi Award recipient. His last rites will be performed once his daughter reaches Hyderabad from the US.