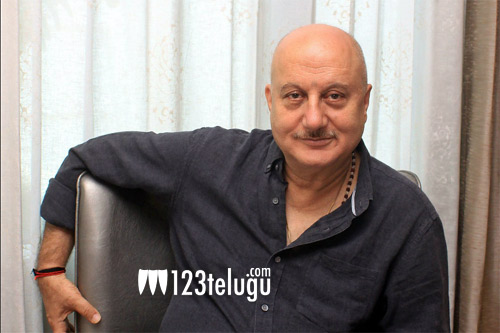 The makers of hero Nikhil’s ongoing film, Karthikeya 2, have just announced that veteran Bollywood actor Anupam Kher has joined the film’s cast. Anupam will be essaying the role of Dhanvantri in this socio-fantasy drama.

Karthikeya 2 brings back the successful actor-director duo, Nikhil and Chandoo Mondeti. The film is being produced jointly by TG Vishwa Prasad and Abhishek Agarwal. Vivek Kuchibotla is the co-producer. Kaala Bhairava is composing the soundtrack for the movie. The film will be releasing in several Indian languages later this year.

Team #Karthikeya2 🐍 welcomes one of India's most versatile actors on board!