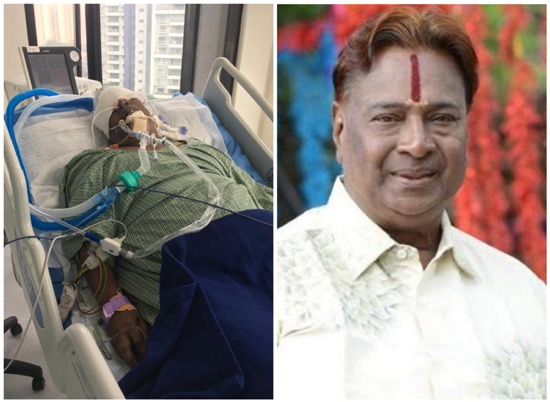 Film fraternity has lost yet another luminary to Coronavirus. National award-winning choreographer Sivasankar master passed away at 8 PM on Sunday (Nov 28) after battling the deadly virus. Sivasankar master was undergoing treatment at AIG Hospitals in Gachibowli, Hyderabad, where he breathed his last.

Sivasankar master was admitted to the ICU in critical condition last week, with 75 percent of his lungs infected with COVID-19. Even Sivasankar’s elder son is fighting for his life with COVID-19 at AIG Hospitals, while his wife Suganya is under home quarantine after contracting the virus. Stars like Chiranjeevi, Dhanush, Sonu Sood and others had offered financial assistance to Sivasankar’s younger son Ajay towards the veteran choreographer’s treatment.

Sivasankar master made his acting debut with Simbu’s 2003 film, Alai. He appeared in movies such as Varalaru, N.T.R: Kathanayakudu, Sudigadu, Paradesi, Nene Raju Nene Mantri and Raju Gari Gadhi 3 to name a few.