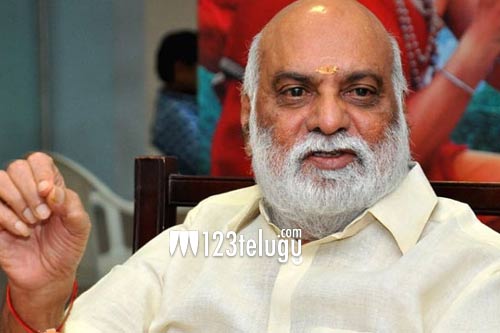 The song Velluvachi Godaramma that was remixed for Varun Tej and Pooja Hegde-starrer Gaddalakonda Ganesh, previously titled Valmiki, is creating quite a sensation ever since it was released online. And after the release, everyone who has seen the film and the recreation of the classic track that was originally featured in the 1972 film Devatha are leaving no stone unturned to share their excitement.

But the most surprising praise of all came from the legendary Telugu filmmaker K Raghavendra Rao himself who conceptualized the original song with Sridevi and Sobhan Babu. He took to Twitter to express the same and was all praise for Pooja Hegde.

Sharing that Pooja Hegde was “splendid” in the song, he shared that it was the one part of the film that he loved the most. Well, looks like this was the ultimate verdict for the song!

What an amazing performance @IAmVarunTej!!! Loved your transformation into the character #GaddalakondaGanesh…
You have made quite an entertainer @harish2you! I am especially impressed by the recreation of #VelluvachiGodaramma song and think @hegdepooja was splendid in it..