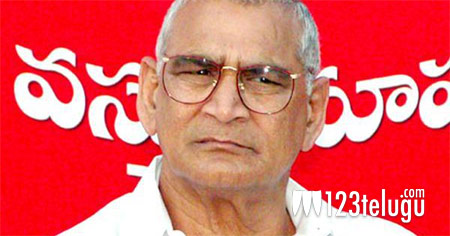 Veteran producer Atluri Purnachandara Rao passed away at his residence in Kapra, Medchal district. Purnachandara Rao was suffering from prolonged illness. He was 92. His last film was the Uday Kiran-starrer Avunanna Kaadanna in 2005.

Atluri was born in Choutupalli of Krishna district in 1938. He turned producer with Aggi Meeda Guggilam in 1964 and went on to produce 35 Telugu movies, 18 Hindi, 13 Tamil and 2 movies each in Oriya, Bengali and Marathi under his Navabharat Films banner.