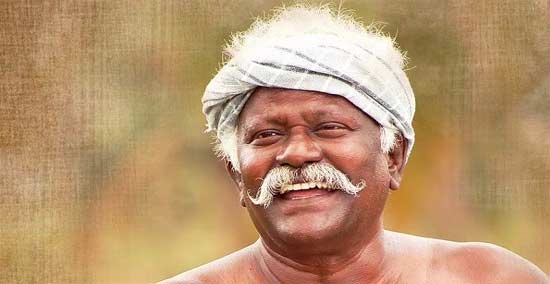 Veteran Tamil actor Poo Ramu has passed away this evening. The actor was hospitalized today at Rajiv Gandhi Government Hospital in Chennai due to a massive cardiac arrest. Ramu got into the limelight with the 2008 released ‘Poo’. His performance in the film made his screen name turn into Poo Ramu. The actor was a well-known street play artist and also a profound writer.

Poo Ramu is famous for his supporting roles in Kollywood films. The actor is well known for his roles in ‘Poo’, ‘Soorarai Potru’, ‘Pariyerum Perumal’, ‘Karnan’, ‘Neeraparavai’, ‘Thangameengal’, and ‘Nanban’. Movie fans, netizens, the film fraternity, and the media have started pouring their condolences on the senior actor’s sudden demise.