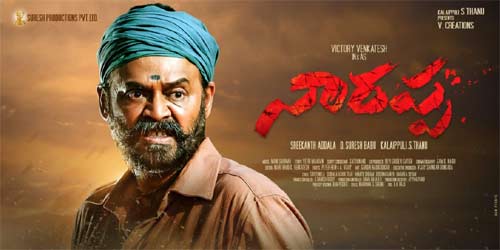 The much-awaited first glimpse from Victory Venkatesh’s upcoming revenge drama, Narappa, has been released just a while ago on the eve of Venky’s 60th birthday. The star hero’s rustic makeover and his ferocious presence as a man with vengeance makes a striking impact.