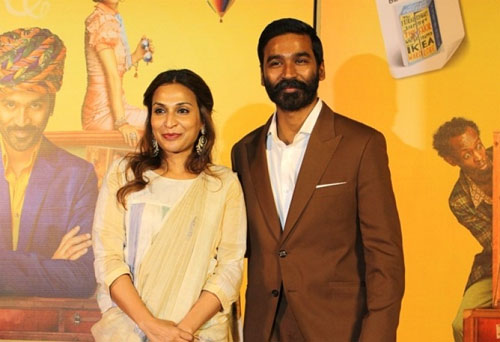 Tamil actor Dhanush has officially announced his divorce from Aishwarya Rajinikanth. Last night, the actor put out a note on Twitter and announced that they both have parted ways after 18 years of marriage. The decision has made his fans quite disappointed.

Since then, an old video of the couple has been doing rounds on the internet. In the 8-month-old video, Dhanush was singing Ilamai Thirumbudhe from his uncle Rajinikanth’s movie, Petta.

Aishwarya was blushing in the cute video as her ex-husband sang it for her in a romantic way. The video has concluded with a warm embracement of the lovely pair.

Fans of Dhanush have been sharing this video on social media to prove how happy they were in their married life. Besides, neither the actor nor his ex-wife didn’t reveal the exact reasons behind their separation.