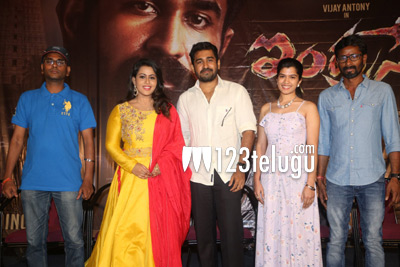 Within a short period of time, Vijay Anthony has become a bankable star in Telugu. All his dubbed films are doing decent business and Vijay is once again back with his new film Indrasena.

The trailer of the film which was revealed yesterday has won good applause from all over. Speaking to the press, Vijay Anthony firstly thanked the Telugu audience for accepting him such well right from his first film.

He also added that Indrasena will have beautiful emotions and sentiment which will impress everyone. The makers are busy with the post-production formalities and the film will be released on December 1st.