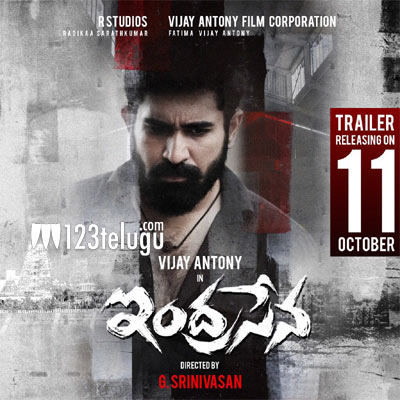 Vijay Anthony’s films are being received quite well and the latest one to hit the screens soon is Indrasena. The latest news is that the trailer of the film will be out on the 11th of October.

The film will have a backdrop of brother sentiment and will showcase Vijay Anothony in yet another interesting manner.