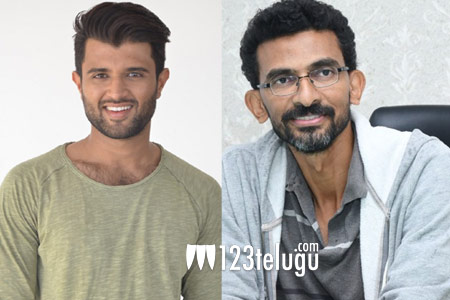 It’s well-known that Vijay Deverakonda had played a supporting role in acclaimed director Shekar Kammula’s Life Is Beautiful that released in 2012. The young hero became quite busy after scoring two blockbusters with Pelli Choopulu and Arjun Reddy and had signed a handful of movies.

Now, the latest buzz is that Vijay Deverakonda may act in Shekar Kammula’s direction, and this time as a hero. Apparently, Shekar recently narrated a love story to Vijay and the actor liked it immensely. If things fall into place, this project will go on floors in the second half of 2018, after Vijay wraps up all his prior commitments.

While the buzz is that Vijay’s home banner will bankroll the movie, Shekar is committed to doing a film for Dil Raju after Fidaa’s success. So things are still unclear on to who will produce the Vijay-Shekar movie. We will have to wait until an official announcement is made on this speculation.