Vijay Deverakonda to team up with Sanjay Leela Bhansali for his first straight Bollywood film
Published on Sep 24, 2020 10:03 am IST 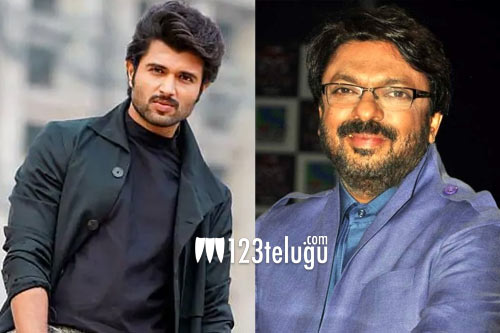 Hero Vijay Deverakonda’s first pan-Indian film, Fighter, is being presented by hotshot Bollywood filmmaker Karan Johar in Hindi. Even as the film is yet to complete its principal shooting, Vijay has reportedly signed a crazy project as his first straight Bollywood film.

According to the latest updates coming in from Bollywood circles, Vijay’s maiden Bollywood film will be produced by one of India’s finest filmmakers, Sanjay Leela Bhansali. Apparently, the film will be based on the 2019 Balakot airstrikes and Vijay will be playing the role of Abhinandan Varthaman, the braveheart Indian Air Force officer who was captured by the Pakistani Army at the border.

Abhishek Kapoor of Rock on, Kai Po Che and Kedarnath fame will be directing this film. T-Series’ Bhushan Kumar will be co-producing this patriotic biopic. More details and an official announcement are awaited.