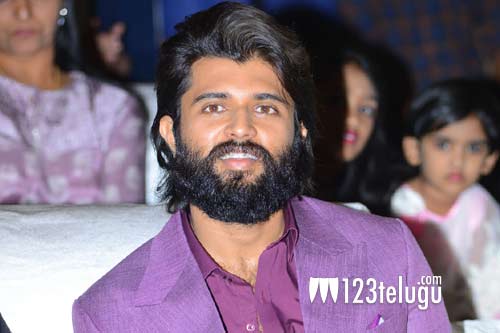 It is a known fact Vijay Deverakonda launched his production house, King Of The Hill, some time back and will produce a film with director Tharun Bhascker as the lead.

Now, the latest we hear is that the film has been titled as Meeku Matrame Cheptaa. Anasuyaplays a key role in the film which is a romantic comedy.

The film will be directed by debutante Shammir and mode details about the film and its release date will be announced in the coming days.