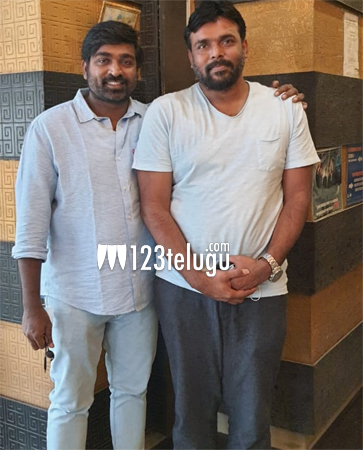 After launching the theatrical trailer, acclaimed Kollywood star Vijay Sethupathi has now appreciated the team of the upcoming psychological thriller, A, for coming up with a unique thriller. Buoyed by the Makkal Selvan’s gesture, A’s team went all the way to Mumbai to thank him for his support.

A features young actors Nithin Prasanna and Preethi Asrani in lead roles. Directed by debutant Ugandhar Muni and produced by Geetha Minsala under Avanthika Productions banner, the film is gearing up for a grand release through PVR Pictures on March 5th through PVR Pictures.