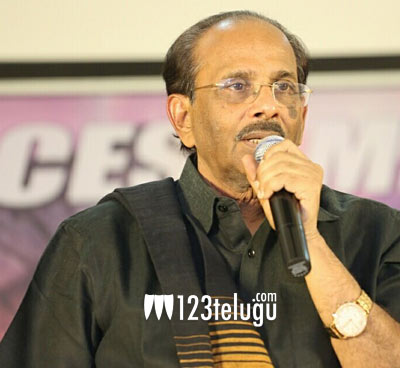 Srivalli’s team interacted with the media as part of the film’s promotions yesterday. Speaking at the event, V Vijayendra Prasad apologized to Srivalli producers for his half-hearted work. The senior writer hailed everyone involved in the movie for their hard work, and said he has let down his producers with his work.

Vijayendra Prasad further said he had failed in perfectly translating his script on to the screen. He went on to say that he will extend his full cooperation to Srivalli producers for all their future projects.