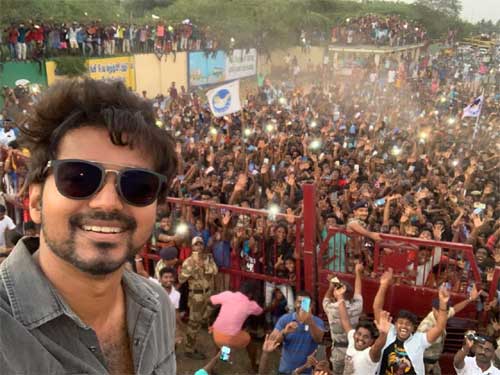 In February, aur wrapping up a crucial schedule in Neyveli, Tamil Nadu, leading Kollywood star Vijay took a selfie with thousands of his ardent fans. The tweet went viral those days.

Now, Vijay’s ‘Thank you Neyveli’ tweet has set a new Indian record by becoming the most retweeted tweet ever on Twitter India. The tweet has been retweeted a whopping 140K times and has also amassed over 360K likes. This solid feat once again showcases the humongous craze for Vijay.

On the work front, Vijay’s Master will be hitting screens soon after the theaters reopen later this year. The actor will be teaming up with AR Murugadoss for his next project.