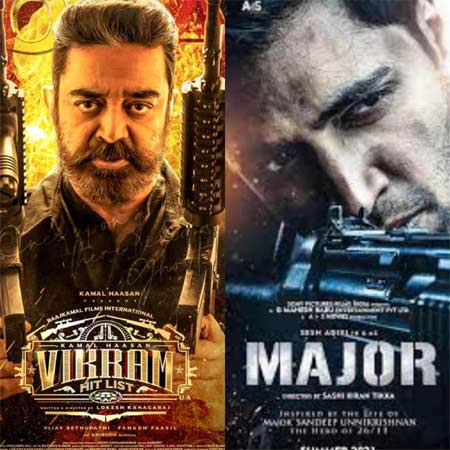 Kamal Haasan’s Vikram and Adivi Sesh’s Major opened on a positive note on the 3rd of this month. The collections of both these films have been pretty decent.

But Vikram has advanced ahead of Major in the last few days and is seeing good occupancy. It has made a share of 1 crore on the sixth day of its release in Telugu states whereas Major made 80 lakhs.

As Nani’s Ante Sundaraniki is all set to release tomorrow, we need to see how much will these films make from hereon. Both the films are action dramas.