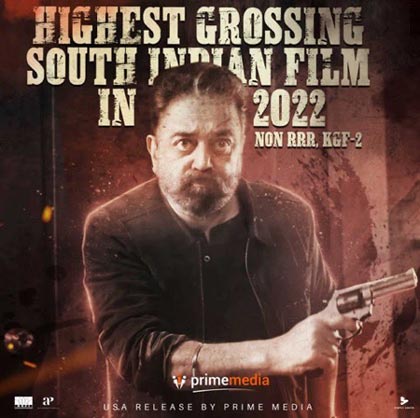 The rampage of Kamal Haasan’s Vikram is still on. The blockbuster movie, having Vijay Sethupathi and Fahadh Faasil in key roles, is directed by Lokesh Kanagaraj.

Vikram is sensational at the US box office. The movie has become 3rd highest-grossing film ever released this year. So far, the movie has minted a total of Rs. $2.7 million, which is the best ever for any Kamal Haasan’s movie.

Having Suriya in a powerful role, the film is produced by Kamal Haasan and R Mahendran. Musical sensation Anirudh Ravichander has composed music for this blockbuster film.