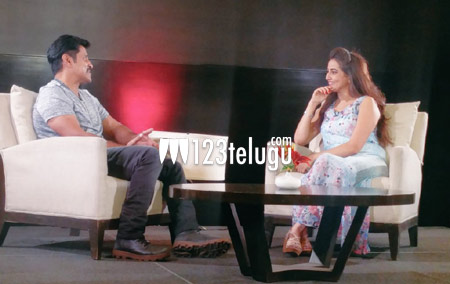 The versatile actor,Vikram, who hasn’t attained much success after his last release ‘I’ is coming up with an action thriller Inkokkadu. Now, reports suggest that Vikram is very keen to make a strong comeback with this film in Telugu.

To grab more attention, Vikram has already started promoting the film much before the release. He is giving some special interviews to some leading Telugu TV Channels. The audio will be launched today at JRC convention centre in Hyderabad.

Nayanthara and Nithya Menen play the female leads whereas the music is composed by Harris Jayaraj. Anand Shankar directs this action thriller which will be released on the 2nd of September.