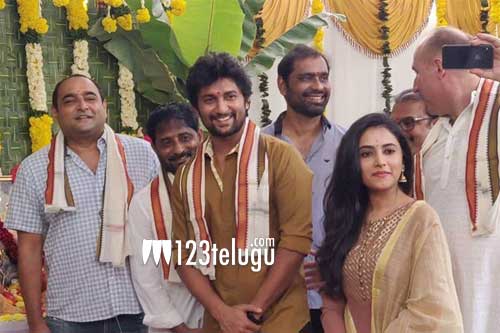 Nani24 had its inaugural ceremony a couple of days ago. The film’s regular shoot has begun yesterday. Acclaimed filmmaker Vikram Kumar is directing this film and noted production house Mythri Movie Makers is bankrolling the project. Priyanka Arulmohan is making her Tollywood debut as an actress with this as-yet-untitled film.

With Nani24, Vikram is going to explore a new dimension of his writing. For the first time, he has penned an out-and-out entertainer for Nani. Vikram is quite confident about the script, which is also pretty unique in his style. We will have to wait until the film’s release to see what the director is up to.

Anirudh Ravichander will be scoring the soundtrack for the movie. The film will hit screens in the latter half of this year.