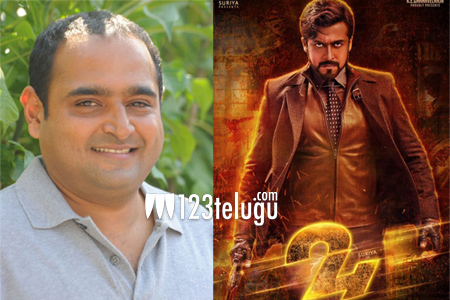 Director Vikram Kumar earned fame for his well acclaimed films like ‘Ishq’ and ‘Manam’. The director has attempted unique storylines and pulled them off successfully so far. He is now getting ready with Suriya’s 24 and this once again promises to be a very different film.

The concept of time travel is said to be key to this movie. While the fate of the film will be revealed in a few weeks time, Vikram is getting ready to move onto his next project. According to sources, Vikram Kumar is going to make his next film in Telugu.

He has already narrated two different stories to two leading Telugu heroes and perhaps, a decision will be taken after the release and result of ’24’.