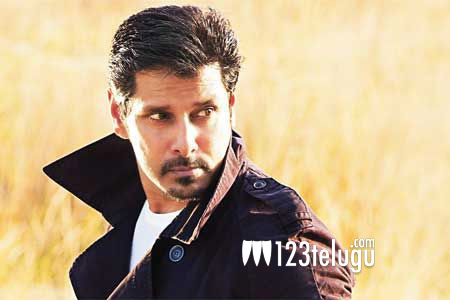 It is well known that star hero Vikram, is acting in a film titled Irumugan. The film also stars Nayantara and Nithya Menen as the leading ladies and approximately 60% of the film has been completed.

Irumugan will feature Vikram in a double role and interestingly, his second role will showcase Vikram as a transgender. Speaking to a leading newspaper, Vikram has revealed that this film is one of the most difficult ones he had done in his career.

He also revealed that he is looking to make a comeback after his past couple of films failed at the box-office. Since all three leads are quite popular in Tollywood, the film is expected to be released in Telugu as well. An official confirmation is yet to be made. Keep watching this space for more updates.