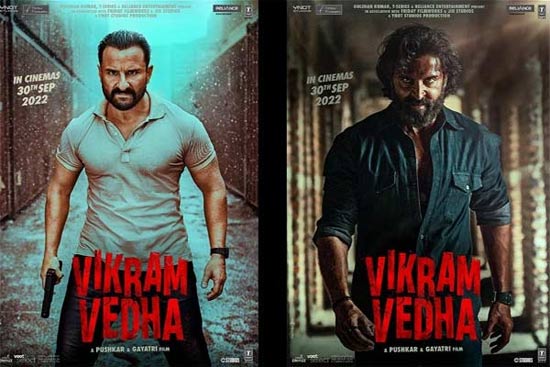 Vikram Vedha is a film that created a lot of pre release buzz across the country as it had Hrithik Roshan in a mass role for the very first time.

After some low key promotions the film released yesterday with decent reviews. The trade was expecting big numbers but the film only made 9 crores net in Hindi on day one.

With the weekend setting in, we need to see how much more will the film make in the days to come. Saif Ali Khan also played a key role in this film which was directed by Pushkar and Gayatri.