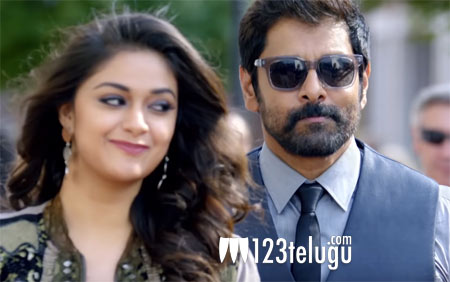 Chiyaan Vikram’s most eagerly awaited mass action entertainer, Saamy, has wrapped up its censor formalities today with a clean U certificate. The film will be hitting theaters in Telugu and Tamil on September 21 in a grand manner.

Saamy is a sequel to the 2003 cop drama, Saamy. Mass action entertainers specialist Hari has directed the movie. Keerthy Suresh is the leading lady in the movie. DSP is the film’s music composer. Pushyami Films is releasing the Telugu version in association with the Tamil version’s producer Shibu Thameens.